Previously, we found out that Huawei’s upcoming flagship device, the Ascend P7, will be launched on May 7th. The Chinese company has sent out press invites for the event, and it is highly likely they will showcase their next flagship there.

In the past few weeks, we’ve seen a number of leaked photos of the alleged handset as well, and now, it was spotted on TENAA certification website, which also reveals how the handset might look like when it hits retail. 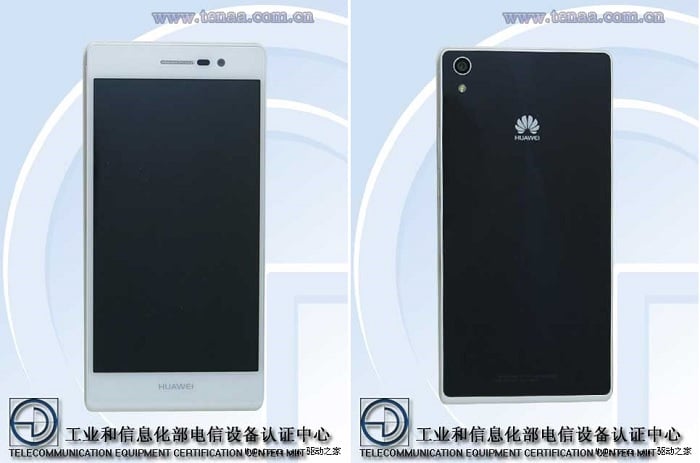 The handset looks a little different from the press renders we spotted a few weeks back, and it seems it will come with a back glass exterior. The previous leaks had some different looks of the device, but if these images are correct, we might see another beautiful set from Huawei.

As far as the rumored specifications are concerned, Huawei Ascend P7 is expected to ship with a 5-inch display with a resolution of 1920 x 1080 pixels, and is powered by a 1.6 GHz quad-core HiSilicon Kirin 910 processor with 2GB of RAM on board.

Other rumored features include 16GB storage, 13MP camera, 5MP front-facing camera, and should come with Android 4.4 KitKAt with Emotions UI on top of it.

We’ll update you as soon as we have something.