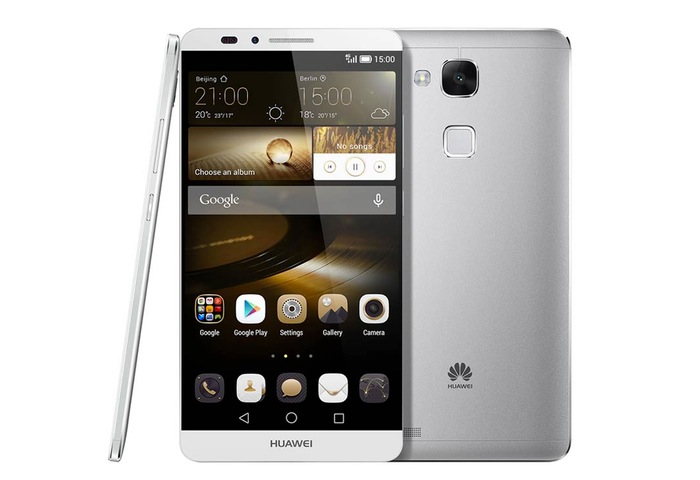 Following on from images leaked ahead of this weeks IFA 2014 event, Huawei have today officially taken the wraps off their new Huawei Ascend Mate 7 smartphone phablet device which is fitted with 6-inch display offering full HD resolution.

The Ascend Mate 7 smartphone is powered by a Kirin 825 Octo Core processor which is built using 4 x A15 1.8GHz chips and 4 x A7 1.3GHz chips, enclosed in a case that measures just 7.9mm thick.

Other features of the Huawei Ascend Mate 7 include a single-touch fingerprint scanner and 5 megapixel front facing camera for video calling, together with a 13 megapixel rear facing for video and photographs.

Together with a 4100mAh battery and support for CAT 6 LTE offering data speeds of up to 300Mbps when in the right locations. Huawei explains in todays press release :

“Ascend Mate7 is possibly the market’s first 6-inch smartphone with instant single-touch fingerprint access to put an end to password fatigue. It enables users to unlock the phone at least 80% faster than devices that use a slower sweeping recognition option.

Located on the back of the handset and measuring 9.16mm x 9.16mm, the reader supports up to five sets of different fingerprint records which can be allocated to normal and guest modes, so a user can switch modes to enhance protection when securing private folders, applications, or payment information.

It has a higher 508PPI ratio for enhanced reader accuracy so there’s no need to swipe repeatedly before being able to unlock the device – even with wet fingers or under light rain conditions. ARM TrustZone also stores encrypted data of the fingerprint within the chipset for better protection by SecureOS, and prevents direct access by third-parties.”