We saw a couple of new smartphones from Huawei at CES, and now they have announced another Android handset, the Huawei Ascend G615, which comes with a 4.5 inch display with a resolution of 1280 x 720 pixels.

The Huawei Ascend G615 is powered by a quad core Huawei HiSilicon K3V2 1.4GHz processor, the device also features 8GB of built in storage plus a microSD card slot. 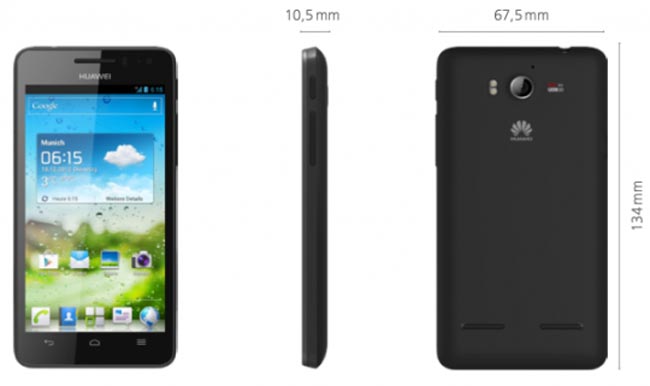 Other specifications on the Huawei Ascend G615 include an 8 megapixel camera, plus a 2,150 mAh battery and WiFi and Bluetooth, it will come with Android 4.0 Ice cream Sandwich when it launches.

Huawei have said that the Ascend G615 will get updated to Android 4.1 Jelly Bean some time in March, and the device will  launch in Germany and some other international markets shortly, there are no details on pricing as yet.