Microsoft and Huawei have announced a new Windows Phone smartphone that is designed specifically for Africa, the handset is called the Huawei 4Afrika and it will come with Windows Phone 8.

The Huawei 4Afrika features a 4 inch LCD display with a resolution of 800 x 480 pixels and is powered by a dual core 1.2GHz processor, the device also comes with 512MB of RAM. 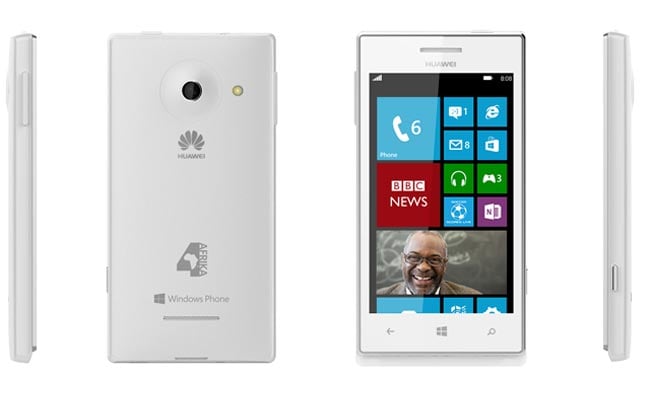 Other specifications on the Huawei 4Afrika device include 4GB of built in storage, plus a microSD card slot for expansion, there is also a front facing VGA camera for video chat and a rear facing 5 megapixel camera which is capable of 720p video.

Huawei and Microsoft will launch the Huawei 4Afrika Windows 8 handset in seven countries, which include Angola, Egypt, Ivory Coast, Kenya, Morocco, Nigeria, and South Africa, the handset will be available in a range of colors which include white, black, red and blue.