We have been hearing rumors over the last few weeks that HTC was working on some Facebook smartphones, and HTC have just announced two Facebook branded smartphones, the HTC ChaCha and the HTC Salsa. 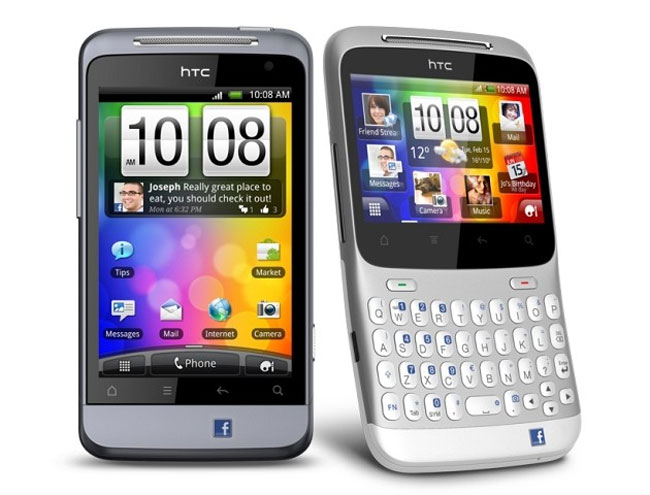 The HTC Salsa features a 3.4 inch touchscreen display and also comes with a dedicated Facebook button for sharing photos etc on Facebook.

Both of these new Facebook smartphones from HTC run on Android Gingerbread 2.4 and feature a new version of HTC’s Sense UI, and both phones come with a 600MHz Qualcomm MSM7227 processor, plus 512MB of RAM and ROM.

They both feature a 5 megapixel camera on the back and a VGA camera on the front for video chat, there is also GPS, 802.11 b/g/n WiFi and Bluetooth 3.0.

HTC have not announced any pricing on the HTC Salsa or the HTC ChaCha, both models of these new Facebook Smartphones will go on sale in the second quarter of 2011.

Have a look at some more photos of both the HTC ChaCha and the HTC Salsa below.