We have been hearing about the HTC Rezound (HTC Vigor) for quite a while now, we have already seen some leaked photos of the device and now we have a leaked press shot of the HTC Rezound in an official HTC case.

The press shot below clearly shows of the new HTC Rezound which we were expecting to be announced earlier this month and it is rumored to come with a 4.3 inch HD display with a resolution of 1280 x 720 pixels. 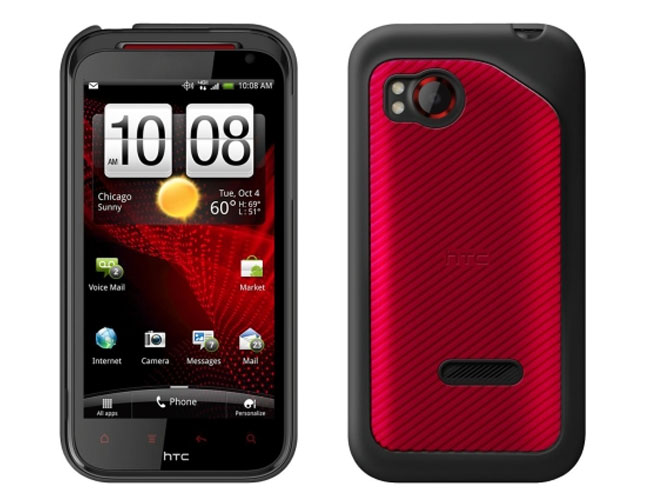 Other rumored specifications on the HTC Rezound include a dual core 1.5GHz processor, plus an 8 megapixel camera and a front facing 2 megapixel camera, it is rumored to come with 1GB of RAM and Android 2.3.4 Gingerbread, plus HTC’s Sense 3.5 UI.