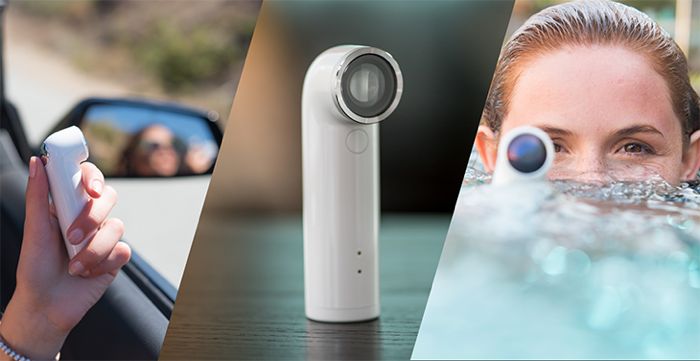 As well as the new HTC Desire Eye, HTC also announced their new HTC RE camera, and now UK mobile carrier EE has announced that they will be offering the device in the UK from next month.

The HTC RE camera will be available from EE in Early November, and the device will retail for £169.99, there will be three colors available, white, blue, and an orange version which will be exclusive to EE.

Featuring a high-resolution, 16MP CMOS sensor, Full HD (1080p) video recording, 146 degree wide-angle lens and slow-motion and time lapse recording, RE captures moments like you have never seen before. The RE app features a remote live viewfinder that lets you set up the perfect shot and watch the live action on the screen of your mobile device, or switch to album and playback view to flick through the shots and videos already stored on the camera. Because life’s adventures are limitless, the app will also back everything up to your phone or the cloud automatically so you never need to worry about running out of space and missing a shot again.

The HTC RE Camera will also go on sale in the US and other countries in November.