HTC recently announced their new HTC One smartphone, and now the company has won the best new mobile handset, device or tablet award at this years mobile world congress. 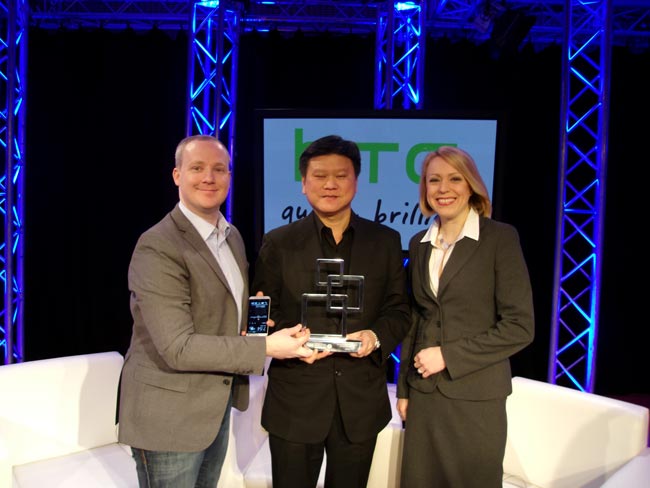 Benjamin Ho, Chief Marketing Officer for HTC accepted the award commenting, “We are delighted by the reactions from both consumers and the industry to the new HTC One. It is a device that has been years in the making and is one of which we are incredibly proud. With exciting features like BlinkFeed, BoomSound, UltraPixel camera combined with the zero gap aluminium body design, we believe that the HTC One will really change the way that people use their phones, revolutionising the overall mobile experience.”

The HTC One features Android 4.1.2 Jelly Bean and comes with a 4.7 inch full HD display with a resolution of 1920 x 1080 pixels and 468 pixels per inch, the device is powered by a quad core 1.7GHz Qualcomm Snapdragon 600 processor.

The HTC one is scheduled to go on sale later this month, the handset will be available with a range of different mobile carriers and it will also be available SIM free without a contract, we suspect it will end up being a popular Android smartphone.