We recently heard that HTC would be launching the HTC One S at MWC 2012, we have been hearing about the device for a while now, although it had previously been called the HTC Ville.

The HTC One S is rumored to come with a 1.5GHz Qualcomm Snapdragon processor, plus a 4.3 inch qHD touchscreen display with a resolution of 540 x 960 pixels, and now the device has appeared in some benchmarks. 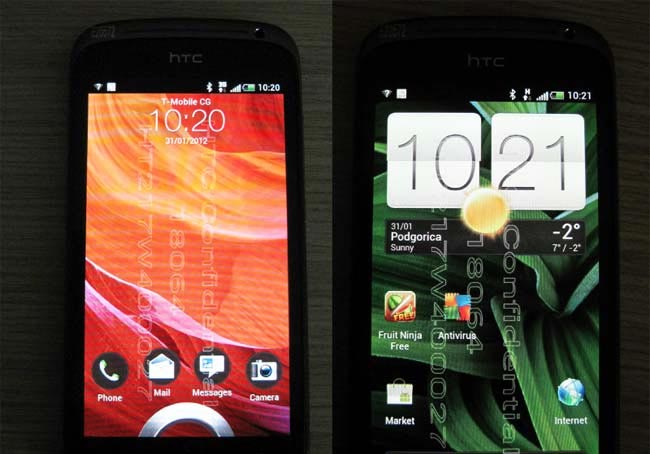 The NenaMark2 benchmarks were discovered by the guys over at TMO news, and you can see the benchmark below, and also find out more details here. 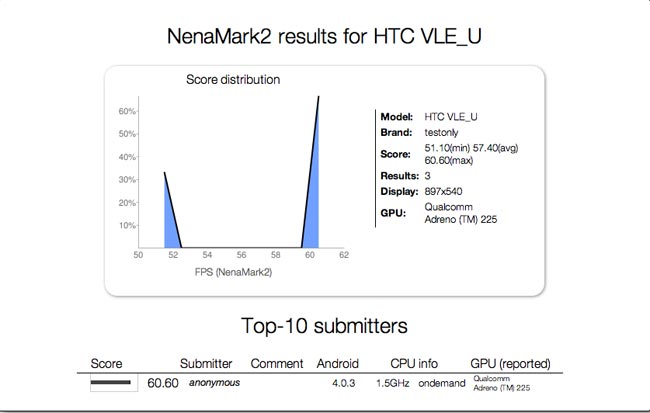 Other rumored specifications on the HTC One S include Android 4.0 Ice Cream Sandwich, plus the latest version of HTC’s custom user interface, HTC Sense 4.0.

The HTC One S is also expected to come with an 8 megapixel rear camera which can record full HD video in 1080p, plus Beats Audio and a 1,650mAh battery.