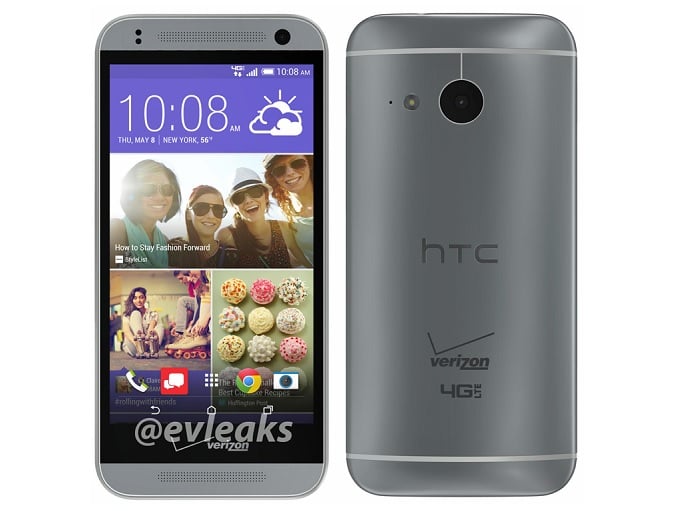 We’ve see a handful of press renders of the alleged HTC One Remix, an HTC One Mini 2 version destined for Verizon, in the past few weeks.

There’s no word about the launch of the device from Verizon, but the master leaker @evleaks just dropped the news that Verizon will introduce the HTC One Remix on July 24th.

The HTC One Remix looks exactly the same as the One Mini 2 not in terms of design only, but the specifications as well. The alleged HTC One Remix is rumored to come with a 4.5-inch display sporting a resolution of 1280 x 720 pixels, and should come with a quad-core Snapdragon 400 processor with 1GB of RAM under the hood.

There’s 16GB of internal storage with a microSD card support for expansion, as well as a 13MP rear camera for photos and videos, 5MP front-facing, a 2,100 mAh batter and should come with the latest Android 4.4.2 KitKat as its operating system with Sense 6 UI on top of it.

It’s not official, but we’ll keep an eye on the news and update you as soon as Verizon officially announces the handset. Stay tuned.