The number of rumors related to HTC One Max is increasing day-by-day. A few days back, we saw a number of leaked images of the alleged HTC One Max alongside Samsung Galaxy Note 3. Now, the same guy managed to root the device and shows off the camera interface of the purported HTC One Max, confirming several modes including Panorama, Beauty Face as well as the ability to record HD videos. 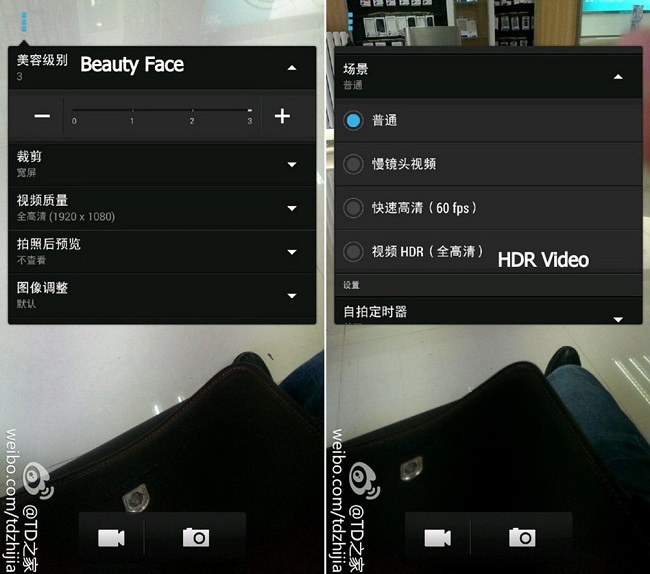 We’ve seen a number of leaks about the specifications of the purported HTC One Max aka HTC 8088. The phablet is rumored to feature a 5.9-inch Full HD display with 1080p display; 2GB RAM, a massive 3,300 mAh battery, and will run Android 4.3 Jelly Bean out of the box. There is a lot of confusion about the processor as a few rumors suggest that it will come with a Snapdragon 800 while others – including @evleaks – are in the favor of Snapdragon S4 Pro.

There are no details about the launch date, but we hope to see an announcement from the Taiwanese manufacturer soon.