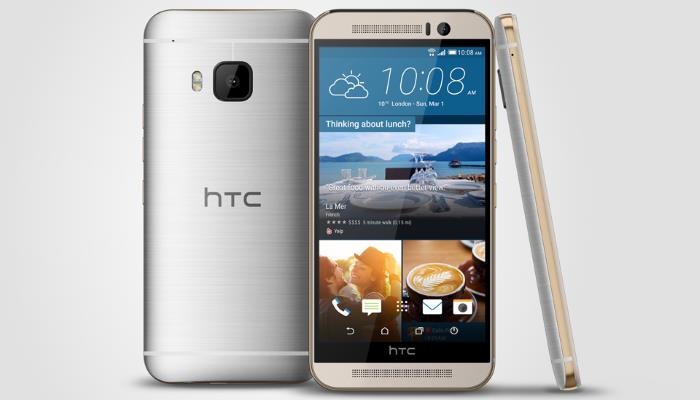 After months of leaks and speculations, HTC has finally unveiled their latest flagship device, the HTC One M9, at the Mobile World Congress 2015 in Barcelona.

The handset comes with a similar metallic design as its predecessor, but there are quite a few notable changes in the internals.

“HTC has built its reputation on challenging expectations in the mobile industry,” said Cher Wang, Chairwoman, HTC. “The HTC One M9 accomplishes this once again with stunning elegance and design, combined with smart features that help bring your world to life, connecting you in a deeper way to the things you consider most important. So much more than just a phone, the HTC One M9 is an extension of who you are.”

The handset features a 5-inch display sporting a resolution of 1920 by 1080 pixels, which is a little surprising as most recent flagship devices are equipped with a QHD display, even the latest Galaxy S6 and S6 Edge. But, there are some notable changes in the internals. The new HTC One M9 is powered by the all-powerful Qualcomm Snapdragon 810 processor paired with 3GB of RAM and 32GB of internal storage. There’s a microSD card slot for expansion which supports up to 128GB should you ever need extra storage.

The company has also ditched the Duo Camera setup as rumored before. The new HTC One M9 comes with a 20MP camera with f/2.2 aperture and 4K video recording capabilities, alongside an UltraPixel front-facing camera. Other notable features include Bluetooth 4.1, Wi-Fi 802.11 a/b/g/n/ac, 2,840 mAh battery, BoomSound speakers and Android 5.0 Lollipop with Sense 7 UI as its operating system.

There’s no word about the pricing, but the handset is expected to launch later this month. It will hit major US carriers including AT&T, Sprint, T-Mobile and Verizon early Spring. Customers interested in the handset will also be able to pick it up through HTC.com, Amazon, Best Buy, Best Buy Mobile specialty stores, Costco Wholesale and Target.