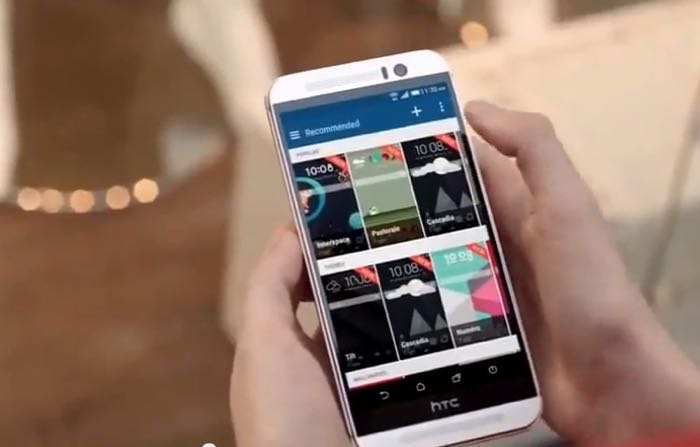 We have already seen a number of leaked photos of the new HTC One M9 smartphone and now a viceo has been leaked which shows the handset and also HTC Sense 7.0.

The video below is apparently an advert or promo video for the new HTC One M9 and it gives us a look at the design of HTCs’s new flagship Android device.

The HTC One M9 is rumored to come with a 5 inch display with a Quad HD resolution of 2560 x 1440 pixels and the device is expected to feature the new Snapdragon 810 from Qualcomm.

The Snapdragon 810 is a 64-bit eight core processor and the handset is also rumored to come with 3GB of RAM and a range of storage options.