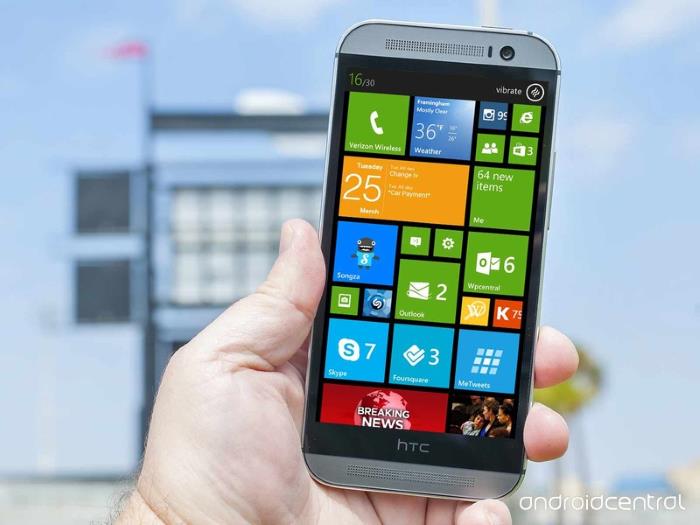 We’ve seen countless number of rumors that HTC is working on a Windows Phone version of their HTC One M8, which will see the light of the day in the coming weeks.

Recently, a new report revealed what the alleged HTC One for Windows will bring on the table when it comes to hardware.

As expected, the alleged handset will offer the same of specifications as its Android counterpart with just one change, that is, Windows Phone 8.1 as its operating system out of the box. For those of you who can’t recall, the HTC One for Windows rocks a 5-inch display sporting a resolution of 1920 x 1080 pixels, and should come with a quad-core Snapdragon 801 SoC with a clock speed of 2.3GHz.

Other rumored features include 2GB of RAM, 32GB of storage with a microSD card slot of up to 128GB, Ultra Pixels on the back for photos and videos, a 5MP front-facing camera, a 2,600 mAh battery and should offer Windows Phone 8.1 as its operating system. The handset will also support the Dot View Case, as well as a BoomSound speakers on front.

HTC has scheduled an event on August 19th where the company is expected to unveil this handset. We’ll update you as soon as it gets official.