Back in July we found out some of the specifications on the HTC Omega, which is HTC’s first Windows Phone 7 Mango smartphone that is expected to be unveiled early next month.

Now some press photos have been leaked of the HTC Omega, and we get our first look at HTC’s first Windows Phone 7 Mango smartphone which you can see below. 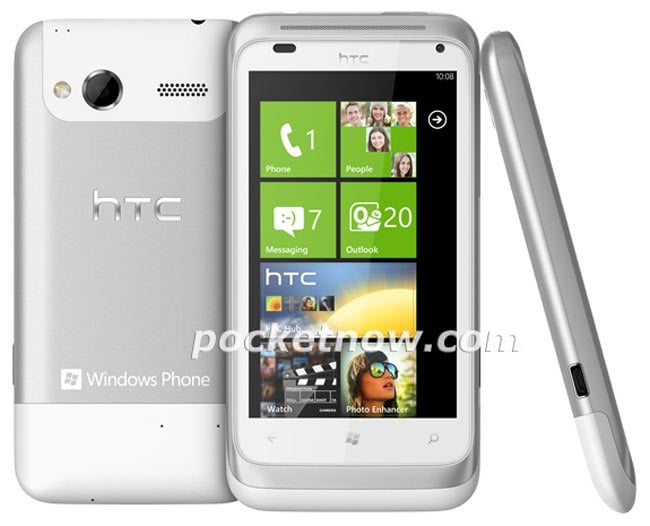 The specifications that we heard about back in July included a 3.8 inch Super LCD touchscreen display with a resolution of 800 x 480 pixels, plus a single core 1.5GHz MSM 8255 processor plus 512MB of RAM, and an 8 megapixel camera with an LED flash and auto-focus.

The HTC Omega is also rumored to come with 16GB of built in storage, GPS, 802.11 b/g/n WiFi, a 3.5mm headphone jack and an FM radio, as soon as we get more details we will let you guys know.