With just a few hours to go until the official HTC event in New York City and London, video footage of the new HTC M7 (HTC One) smartphone has been leaked, adding to the wealth of press shots and images leaked over the past few weeks.

The video provides you with a good 360 degree view of the new HTC M7 (HTC One) smartphone, that will be official announced later today, along with HTC’s new camera technology. 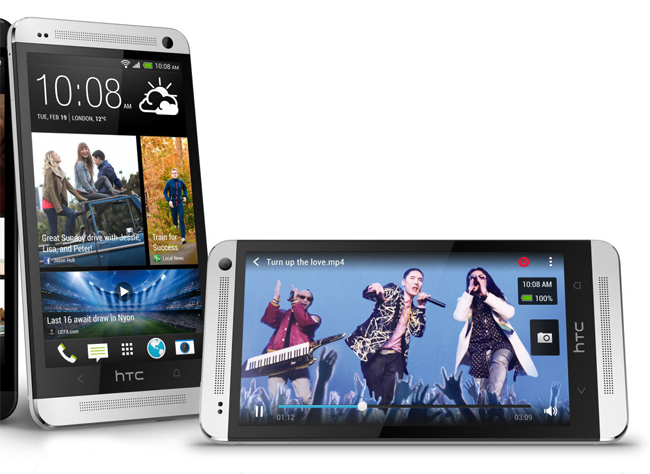 The HTC M7’s 13 megapixel camera features three separate sensor layers which are 4.3 megapixel each, the three sensor layers are placed one on top of the other to give the device 13 megapixel’s, it will be interesting to see how this new camera sensor works and also what the photo’s it takes are like.

The HTC M7 will come with Android 4.2 Jelly Bean out of the box, and will be powered by a Qualcomm Snapdragon S4 Pro processor, clocked at 1.7Ghz, the device is also rumored to feature 2GB of RAM and will come win various storage sizes up to 64GB.

From what we have heard previously this new flagship Android smartphone from HTC will be called the HTC M7 in Europe and the HTC One in the US, we are expecting the HTC M7 to launch in the US and Europe at the same time with a rumored launch date of the 8th of March.

We will have more information on the new HTC M7 or HTC One later on this afternoon, including full specifications on the device and also some photos of the new handset.