We have already seen a photo and heard some specifications on the HTC Holiday, and now a prototype of the HTC Holiday has appeared on Craigslist, and the device was purchased by one of the guys from the XDA Developers.

The photos show the device with a broken display, but if you have a look at the back of the HTC Holiday there is some sort of inductive charging on the back. 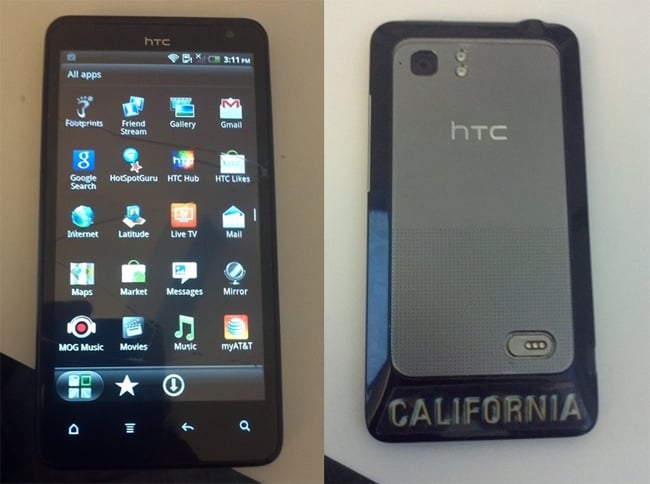 We heard back in May that the HTC Holiday would be headed to AT&T and it would feature a 4.5 inch qHD display with a resolution of 860 x 540 pixels, plus a dual core 1.2GHz processor.