It looks like the HTC Flyer is the latest Android tablet to get the Honeycomb update, as HTC has announced that they have started rolling out the update to the device, and it would appear that the 3G version of the tablet is getting the update first.

The 3G version of the HTC Flyer has only been available in Europe, and owners of the WiFi only version will have to wait a bit longer to get the Android Honeycomb update for the device. 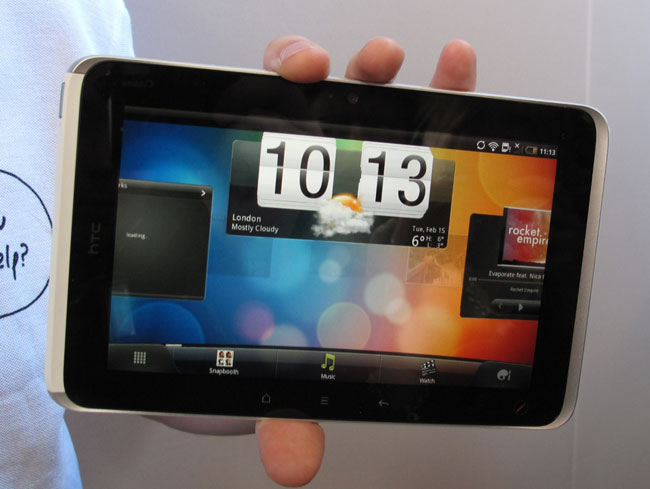 Ready for some ‘sweet’ news? The GSM version of the HTC Flyer tablet, available in Europe, is beginning to receive updates to Honeycomb beginning today! Honeycomb brings a ton of improvements to Android on tablets, including the latest version of HTC Sense for Tablet with enhanced Internet browsing, Mail, Calendar and more all optimized for the 7″ screen. Not to be outdone, the WiFi version of the HTC Flyer will receive its Honeycomb update soon, too! Stay tuned for more details.

You can find out more information about the Android Honeycomb update for the HTC Flyer over at HTC’s Facebook page.