Two new devices from HTC have appeared on Sprint’s website, the HTC EVO 3D smartphone and the HTC EVO View 4G tablet. It looks like the HTC EVO 3D will feature a 4.3 inch qHD 3D display with a resolution of 960 x 450 pixels, there will also be 1GB of RAM and 4GB of RAM

Other specifications on the HTC EVO 3D include a dual core 1.2GHz Qualcomm Snapdragon processor, plus dual 5 megapixel camera’s on the back and a 1.3 megapixel camera on the front for video chat, and it will also feature a 1730mAh battery. 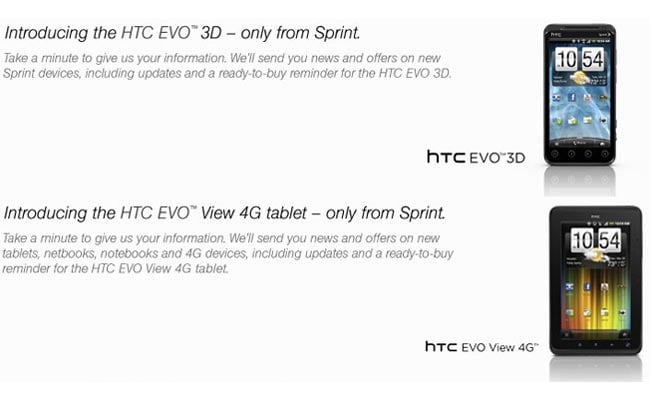