We previously hear about a new smartphone from HTC, the HTC E1 which has now been officially announced and will go on sale in China for the equivalent of $290 US dollars. 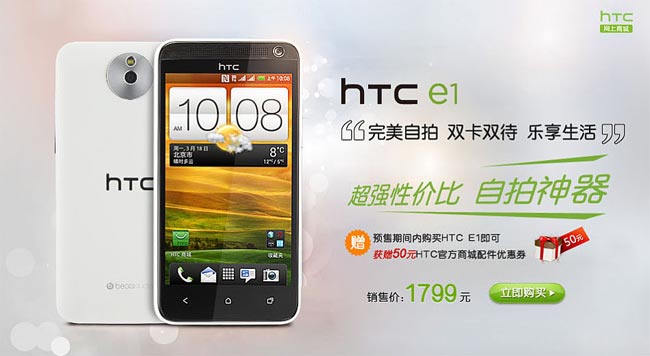 Other specifications on the HTC E1 include 8GB of built in storage, a 2,100 mAh battery, a 5 megapixel rear facing camera with an f/2.0 aperture, the handset will be available in a range of colors, which include pink, blue, mint and brown.