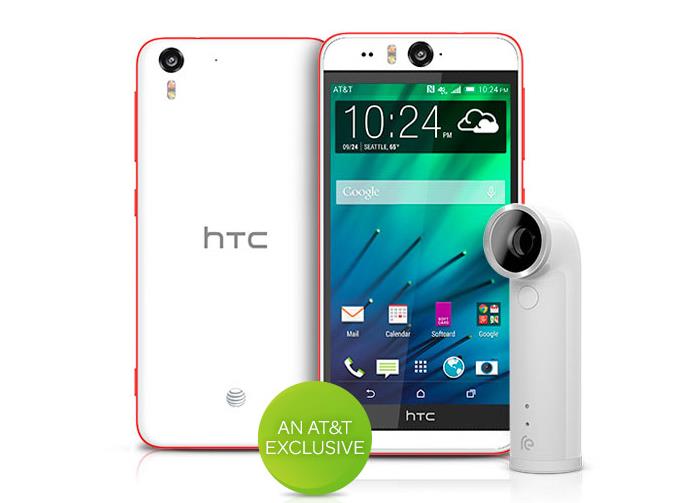 Back in October, HTC announced the Desire Eye as well as the Re camera at their double exposure event in New York. The handset was said to launch in October in several regions across the globe.

If you’re based in the US, there’s a piece of good news for you. AT&T announced the HTC Desire Eye, alongside the RE camera, which will go on sale from November 7th — it will be exclusive to AT&T in the US.

The handset costs $149.99 tied to a two-year contract with the carrier. Customers who are not interested in getting in a commitment can grab the HTC Desire Eye for $549.99 or grab it on the AT&T’s Next installment plans. It costs $22.92 per month for 24 months on AT&T Next 18 or $27.50 per month for 20 months on AT&T Next 12. Furthermore, customers can get a $50 discount on the RE camera if they buy the HTC Desire Eye on contract or through AT&T Next plan. This means you can get the point and shoot camera for $149, instead of its official $199 price tag.

“Optimized for taking selfies, HTC Desire EYE is AT&T’s first smartphone with a 13MP front-facing camera and a dual LED flash,” said Jeff Bradley, senior vice president – Device Marketing and Developer Services, AT&T. “Both HTC Desire EYE and RE have many great features that allow you to capture your moments – all on the nation’s most reliable 4G LTE network, covering more than 300 million Americans.”

Anyone planning to pick up the HTC Desire Eye from AT&T?