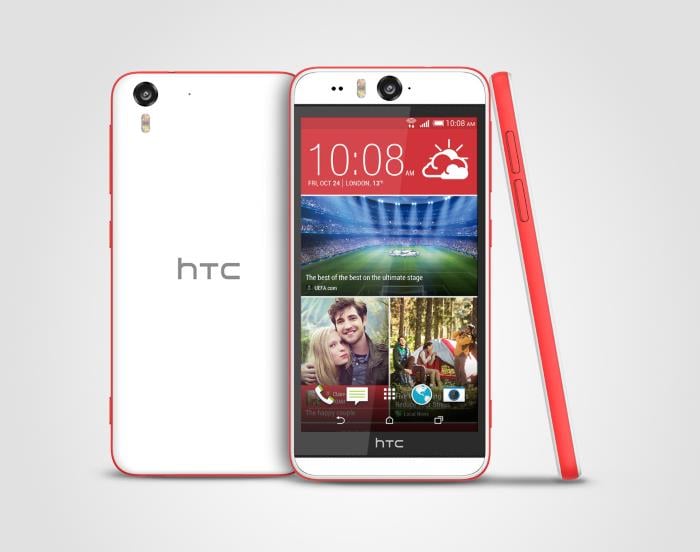 Recently, HTC unveiled the highly anticipated, selfie-focus HTC Desire Eye, which features an impressive 13MP front-facing camera at their Double Exposure event. The handset features an eye-catching design, with an improved camera software to enhance the photographic capabilities of the handset.

We’ve seen the HTC Desire Eye on several occasions in the past few weeks in the form of leaked press renders, the handset was even spotted in the benchmarks as well.

As far as the specifications are concerned, HTC Desire Eye comes with top-of-the-line hardware — a similar specifications sheet as HTC One M8, but with an improved camera, and a different design. The handset measures 151.7 x 73.8 x 8.5 mm and weighs only 154 grams. There’s a 5.2-inch display sporting a resolution of 1920 by 1080 pixels. It’s seems the handset will attract several people, and you don’t have to worry about it getting wet since it comes with an IPX7 certification making it water-resistant up to one meter. 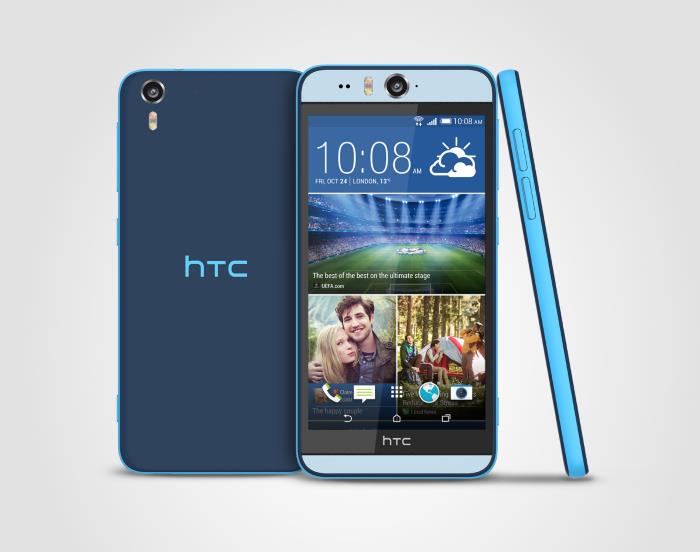 Under the hood, there’s a Qualcomm Snapdragon 801 chipset clocked at 2.3GHz with 2GB of RAM, and 16GB of internal storage, coupled with a microSD card slot should you ever need mores storage space. The most catchy internal is the secondary camera, which the company touts as the “best front-facing camera available on the market today.” There’s a 13MP wide angle front-facing camera, with a f/2.2 aperture and 20mm wide lens. The primary camera is also 13MP, but it comes with a better f/2.0 aperture and 28mm wide lens. There’s a 2,400 mAh battery to make sure it can offer a decent battery time.

On the connectivity side, there’s a Bluetooth 4.0, a 3.5mm audio jack, 4G LTE connectivity, NFC, and microUSB 2.0. As for the operating system, it comes with Android 4.4.4 KitKat with Sense 6.0 UI. It also features an improved camera software, which will roll out to high-end HTC devices, including TC One (M7), HTC One (M8), HTC One E8, HTC One mini, HTC One mini 2, HTC One max, HTC Desire 816, HTC Desire 820 and HTC Butterfly 2, in the coming months.

Additionally, there’s an improved version of HTC Zoe as well, which is available in the Google Play Store, and will make it’s way to iOS in the coming months as well.

The HTC Desire Eye will hit retail in October in the EMEA, Asia and the US. There’s no word about the pricing details at the moment.