HTC unveiled its mid-range Desire 816 at the Mobile World Congress 2013 earlier this week. Unfortunately, the Taiwanese OEM failed to mention the price of the handset, but mentioned it will hit the shelves in the second quarter of 2014.

Well, according to a new report emerging from Chinese shores, the HTC Desire 816 will cost less $300 when launched, specifically ¥1799 (about $294) when it will go on sale in China in the coming months. 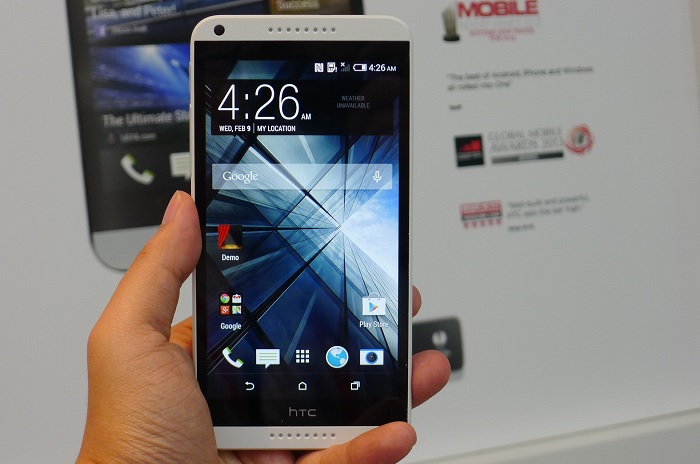 If the above-mentioned price tag is real, HTC Desire 816 could turn out to be an excellent choice for users looking for a mid-range smartphone with an excellent set of specifications. In case you can’t recall, HTC Desire 816 rocks a 5.5-inch display sporting a resolution of 1280 x 720 pixels.

The handset is powered by a quad-core Snapdragon 400 chipset clocked at 1.6GHz with 1GB of RAM and 8GB of RAM with expandable storage via microSD card slot. Other features includes an impressive 13 megapixel rear camera, LTE connectivity, a 2,600 mAh battery and runs Android OS with Sense 5.5 UI on top of it. There’s no word about the version, but it seems it’s running the latest Android 4.4 KitKat.

There’s no official word from HTC about the pricing of the handset, but we’ll update you as soon as they reveal it.