We have been hearing more and more about the new HTC Droid DNA over the last week, earlier today we saw a leaked press shit of the Droid DNA, and now it would appear we may have a possible launch date.

HTC and Verizon have sent out press invites for the 13th of November, and the event will take place in New York at 11AM EST, and whilst they have not said what will be announced we suspect it will be the new HTC Droid DNA. 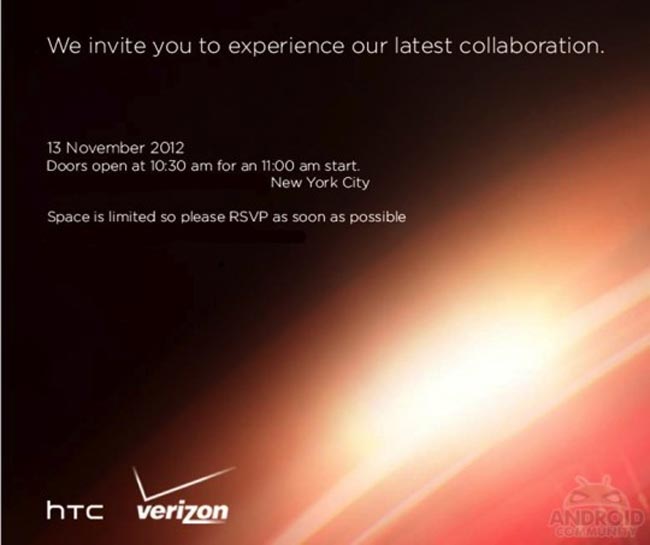 The HTC Droid DNA is Verizon’s version of the recently announced HTC J Butterfly, and the Verizon version is expected to feature the same specifications as the original, which include 5 inch HD Super LCD 3 display with a 1080p resolution and 440 ppi, the device is powered by a quad core  1.5GHz Qualcomm Snapdragon S4 pro processor, and it will feature 2GB of RAM.

Other specifications on the device include an 8 megapixel camera and Android 4.1 Jelly Bean, it also features a 2,020 mAh battery and comes with NFC, as soon as we get some more information on when it will be available we will let you guys know.