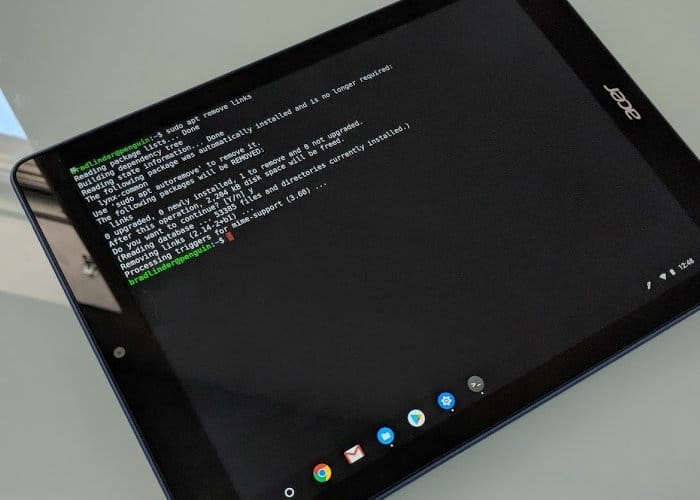 To be able to run the Linux apps you will need to swap your Chromebook Tab 10 from the stable channel to the developer channel. To recap the tablet is equipped with a 34 Wh battery, a USB 3.1 Type-C port, a headset jack, and a microSD card reader and powered by a Rockchip OP1 hexa-core processor, supported by 4GB of RAM and fitted with 32GB of eMMC storage.

For more information on how to enable Linux app support on your Acer Chromebook Tab 10 tablet jump over to the official Liliputing website via the link below.