HP never got around to releasing the 7 inch version of their TouchPad tablet, the HP TouchPad Go, after they decided to stop producing webOS tablets and sold the original TouchPad tablet off at a discount.

Now it would appear that one of the 7 inch HP TouchPad Go tablets has appeared on eBay, which you can see in the picture below, although the listing has now been pulled from eBay. 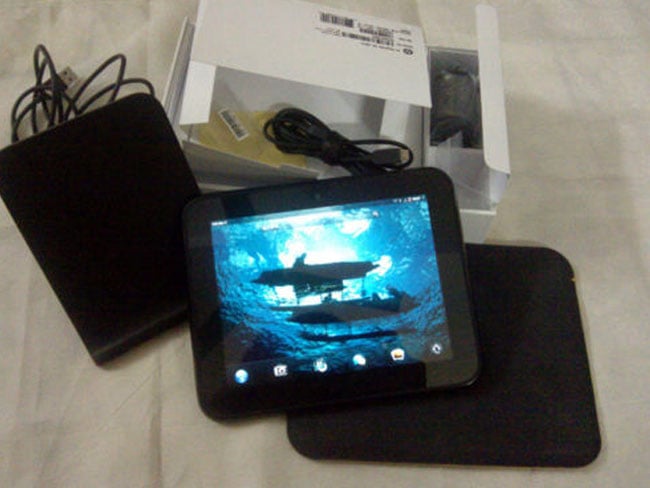 According to the guys over at the digital reader, the tablet was pulled from eBay after a trademark complaint to eBay, probably from HP.