We have already seen some photos of a webOS tablet from HP Palm which is reported to be called Topaz, and now HP has released a teaser video which shows a brief glimpse of one of their new webOS based tablets or smartphones.

Don’t expect to see the full tablet in the video below, instead we get to see the corners and some buttons,  and we are not sure if it is a tablet or a new webOS smarpthone featured, but I guess it is a start, and no doubt HP Palm will be releasing more of these videos before their new webOS devices are unveiled next week. 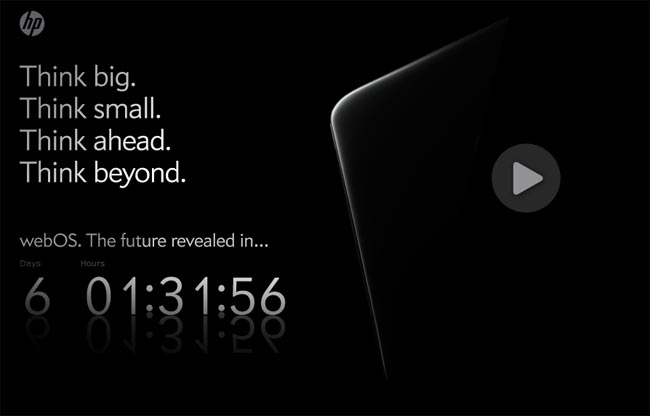 It will be interesting to see what HPs Palm webOS tablets are like,a nd we are hoping that they will live up to all the hype we have been hearing over the last few months.

HP Palm has invested heavily in webOS, and it would be great to see them release a range of tablets that can compete with the Apple iPad and Google’s new tablets which will use Android 3.0 Honeycomb.