Things are going at an amazing pace in Las Vegas, where one of the biggest electronics show, CES 2014, is about to kick off.

Lenovo is not the only one who unveiled plethora of products ahead of CES 2014, HP also unveiled its Android-based All-in-One PC dubbed as Slate21 Pro AIO, powered by Android 4.3 Jelly Bean pre-installed out of the box and a massive 21.5-inch Full HD IPS touch screen display sporting a resolution of 1920 x 1080 pixels. 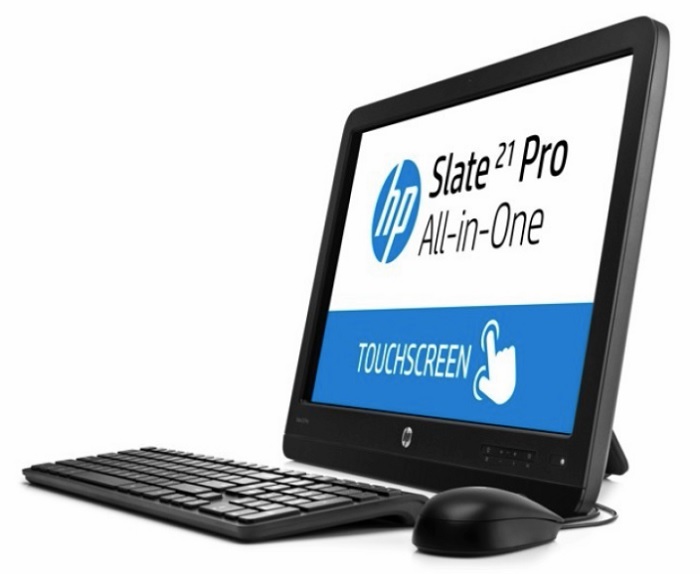 HP Slate21 Pro is powered by a Nvidia Tegra 4 chipset with 2GB of RAM on board, 8.11 a/b/g/n dual band wireless, Bluetooth 4.0, integrated high-definition (HD) webcam and access to hundreds of thousands of applications available in the Google Play Store.

The device comes pre-installed with a bunch of productivity applications, including Google  Drive, Kingsoft Office Suite, 50GB of free Box storage for lifetime, Citrix XenMobile and Receiver support, and more.

One of the biggest change in the Pro model is that it can be used with the traditional Windows PC as well, allowing users to seamlessly switch between Android OS and content displayed from a Windows PC.

The HP Slate21 Pro is available for sale in the United States and carries a price tag of $399, including a keyboard and a mouse.