Their official designation sounds cool too. Dig this: Cetacean Soldiers. It’s a real awful B-movie in the making. (Quick, someone get in touch with James Cameron.)  But before visions of Command and Conquer: Red Alert flood the reader’s mind, the dolphins currently being trained by the U.S. Navy are for executing non-lethal tasks like finding land mines. 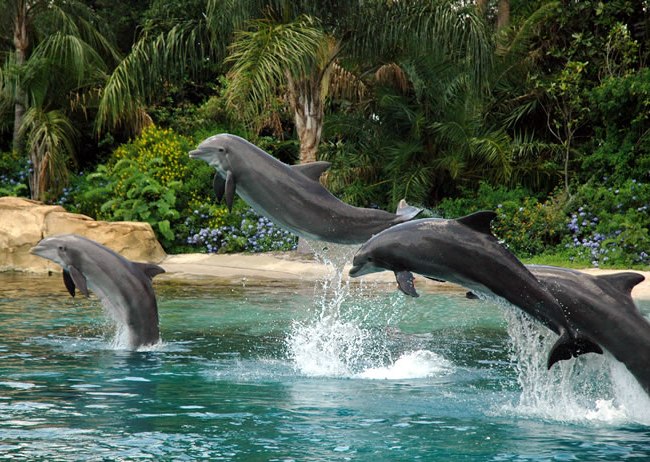 Though orcas did have a stint in the U.S. Navy decades ago, the current incarnation of the animal training program involves dolphins in a task of staggering complexity, which is marking underwater mines, which remain some of the deadliest weapons ever deployed beneath the waves.

Also, according to a confidential source interviewed about this extensive underwater mammalian program, the dolphins are treated well by any standard:

The Navy is responsible for meeting all requirements of these laws regarding acquisition, care and treatment of its marine mammals, and not only meets but exceeds them and leads the industry in many cases. Congress has provided the Navy with exemptions to a few specific requirements in support of national security, but none related to the care and well-being of the animals.

Now for a helpful video about how the Soviets tried to do the same: