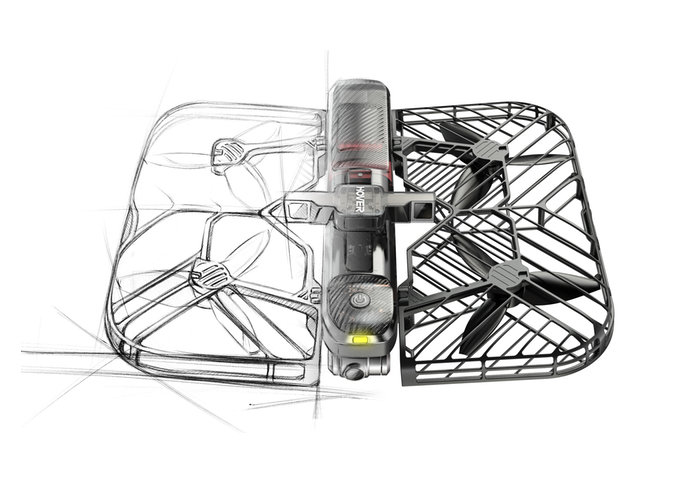 The development team at Zero Zero Robotics has created a new autonomous 4K drone specifically designed to provide an easy way to capture cinematic panoramas and video clips thanks to its artificial intelligent smart technology. Watch the demonstration video below to learn more about the features and functionality of the 4K drone which is equipped with a 12 megapixel camera 1/2.3 CMOS sensor, mechanical gimbal and a rechargeable battery capable of providing up to 23 minutes of flight on a single charge.

The autonomous drone has a 5 km range and offers “an entirely new drone experience giving you gorgeous shots of your life from every angle with unprecedented ease” say the drone’s creators. Launched via Kickstarter this week early bird pledges are now available from $399 or roughly £307 offering a 50% saving off the recommended retail price. If all goes well worldwide shipping is expected to take place during March 2019.

“Hover 2’s computer vision system is able to accurately lock onto the target even after significant changes in appearance and shape of the target. By modelling the environment and monitoring the surrounding figures, our algorithm can accurately assess the cause of the obstruction and intelligently adjust its tracking strategy.”

For a complete list of all available features, options and pledges jump over to the official Kickstarter campaign page by following the link below.