Truth is you wouldn’t want it on your porch when the kids arrive, triggering the fire mechanism and roasting a costumed minor. Next to stuffing a pumpkin with explosive and ball-bearings detonated by a trip wire, this particular DIY project ranks high in the diabolical meter. Despite the obvious dangers, it looks fun. 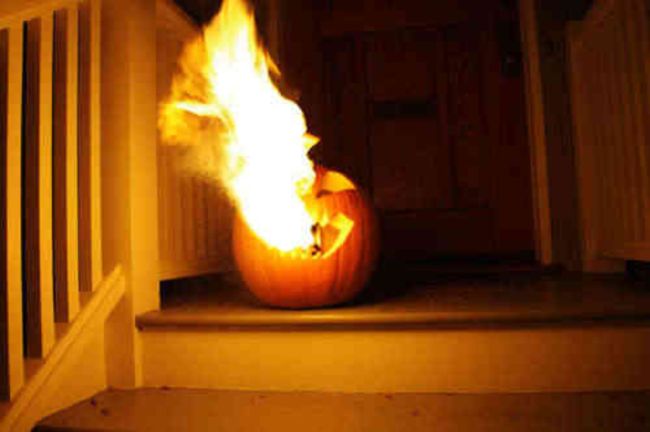 The build, as shown at Instructables, is pretty basic. After carving the pumpkin, a combination of simple electronic parts and a WD 40 canister are combined for the inevitable weaponization.

Keep in mind, due to the inherent dangers of using this device, the very person who posted discourages actual builds. It’s for entertainment people, even if it really could fry a kid in a second long burst of flame.

You know what’s better? Flaming jack-o-lanterns hurled by catapult at offending neighbors. The resulting carnage would be priceless. Of course, don’t start accusing us of inciting violence. It’s all for entertainment’s sake, folks!