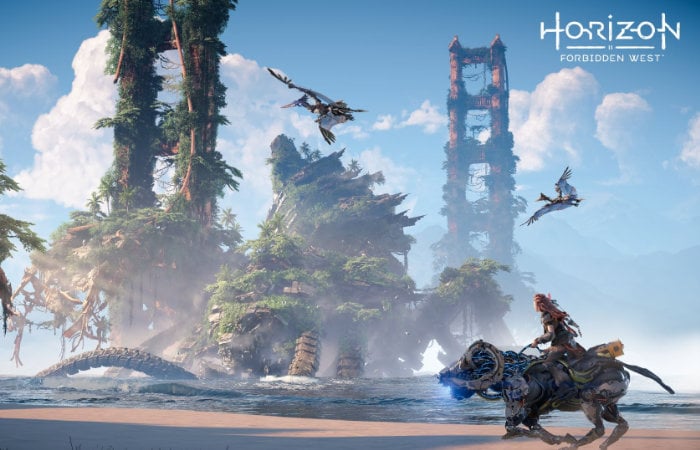 Gamers hoping to play the highly anticipated new Horizon Forbidden West game will be disappointed to know that Sony has made the decision to push back the launch of Horizon Forbidden West into 21 2022. The single player action role-playing game was expected to launch sometime between October and December 2021 but now the launch date will be set sometime between January and March 2022. Bloomberg’s Jason Schreier has broken the news via Twitter :  “Sony has delayed the PlayStation exclusive Horizon Forbidden West to the first quarter of 2022, a source tells Bloomberg, confirming a rumor shared by @JeffGrubb yesterday. The latest in the video game industry’s cascade of 2021 delays.”

“Explore distant lands, fight bigger and more awe-inspiring machines, and encounter astonishing new tribes as you return to the far-future, post-apocalyptic world of Horizon. The land is dying. Vicious storms and an unstoppable blight ravage the scattered remnants of humanity, while fearsome new machines prowl their borders. Life on Earth is hurtling towards another extinction, and no one knows why.”

“Within Horizon Forbidden West players will control Aloy, a huntress in a world populated by dangerous machines. Set in an open world located in post-apocalyptic California, Utah and Nevada, the game will explore the mysterious frontier known as the Forbidden West. The map will be larger than in the previous game, filled with secrets that lie beneath ruins from the world of the Old Ones. The game will feature a multitude of recognizable locations including a ruined San Francisco and the Yosemite Valley with various biomes”

Sony has delayed the PlayStation exclusive Horizon Forbidden West to the first quarter of 2022, a source tells Bloomberg, confirming a rumor shared by @JeffGrubb yesterday. The latest in the video game industry’s cascade of 2021 delays https://t.co/8atrR25oxd