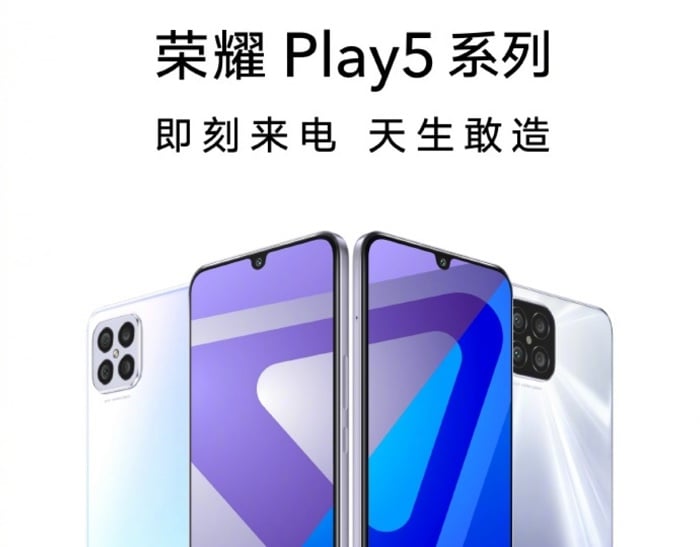 Honor has revealed that it will be launching its latest smartphones on the 18th of May, the Honor Play 5 series.

The company released the teaser photo above for the handsets which show it design and and also reveal some of the specifications.

As we can see from the photo the handset will feature a quad camera setup on the back of the device, this is rumored to include a 64 megapixel main camera.

The handset will come with a 6.53 inch OLED display with a Full HD+ resolution and it will feature a Dimensity 800U processor, no details on the RAM as yet.

The Honor Play 5 is also rumored to come with a 3800 mAh battery and fast charging, we will have full details on the device when it launches later this month.