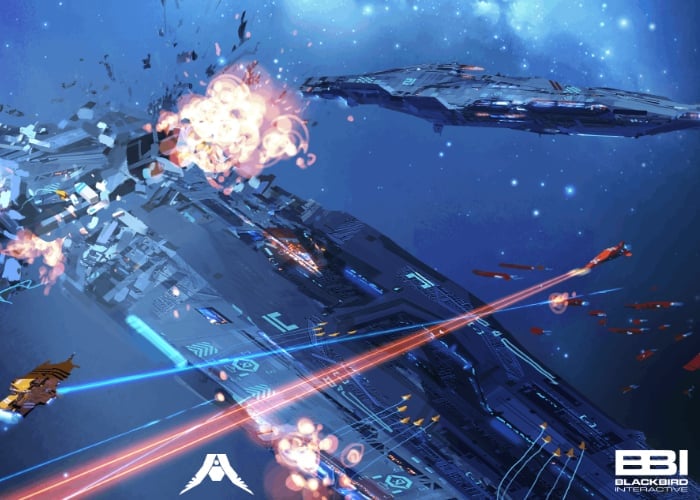 Gearbox has taken to the Fig crowdfunding service to raise the required funds needed to take the third game in the Homeworld series into production. For those of you unfamiliar with previous Homeworld titles first launched back in 1999, the franchise offers a real-time strategy game set in space and was originally developed by Relic Entertainment and published by Sierra Studios.

Gearbox explains a little more why they have taken to the Fig crowdfunding service to raise the required funds to develop the latest Homeworld real-time strategy space game expected to launch during Q4 2022.

“So why Fig? First, we’re partners, and we believe in the platform’s ability to bring devs and players closer together. We’ve been craving the right opportunity to dive deep with a community in a way only crowdfunding offers. With Homeworld’s incredibly patient and thoughtful community, we’ve got exactly that opportunity. We’re incredibly early on in this project–only a few months into pre-production. That means you can snag a backstage pass to impact the game’s development and prove that the fanbase still craves Homeworld 3. When you come aboard, you’ll not only get the insider access you expect as a supporter.

This is your chance to tell us what you expect of Homeworld 3, including its features, priorities, and even what the collector’s edition will include. We’ll share the data we’ve received from you throughout the game’s development and show how its influenced the scope and priorities of Homeworld 3. It’s a unique experience that only Fig can offer and we’re excited for the most open development process in both Blackbird’s and Gearbox’s history. Of course, because it’s Fig, there’s the unique opportunity to invest in Homeworld 3’s success. You don’t just get the game. You get a chance to profit too. If you’re not into it, no worries.”

“Homeworld returns with the next chapter of the story. Homeworld 3 is the true sequel to the legendary space-faring RTS. Blackbird Interactive, founded by original Homeworld Art Director Rob Cunningham takes the helm on development, returning the series to its roots with a gripping continuation of the story, fully 3D combat, and the classic RTS elements you expect. Further supported by the veterans of Homeworld Remastered Collection at Gearbox Publishing, Homeworld 3 is coming to life and the teams couldn’t be more ecstatic. With our partners at Fig, we can give fans both new and grizzled a chance to fuel and profit from Homeworld 3’s success.”

For more details on the latest Homeworld RTS game in this franchise jump over to the official crowdfunding project page on Fig to learn more and make an investment.