In London. Actually, a so called Chromezone has already gone live over at Tottenham and it’s primarily a hub for people to buy laptops. If you’re wondering how come you missed the launch, that’s because the Tottenham Chromezone only opened its doors on Friday. Plans for another store are already underway as well. Read more after the break. 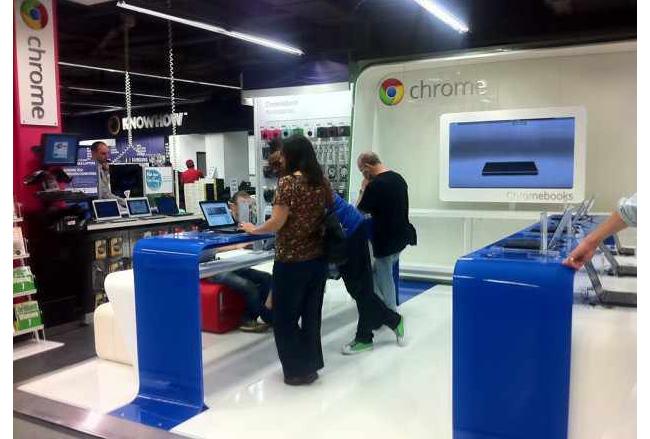 The Tottenham establishment is rather small at the moment, like an experimental dip into the consumer space, perhaps suggesting a limited run. The really big and colorful Chromezones are still in the planning stages, something to definitely watch out for.

Other than beating Apple in its own game, the Google retail chain wants to take a serious bite off the laptop market. This might be the real driving force behind the Chromezone’s since Google’s own research indicated most laptop sales happen at retail.

The other startling factoid about the advent of Google stores is its London-based strategy. A couple more large establishments are in the works and the Essex is the latest frontier in Google’s id for total online world domination.

It also wants to sell a lot of Chromebooks via these outlets, unsurprisingly.