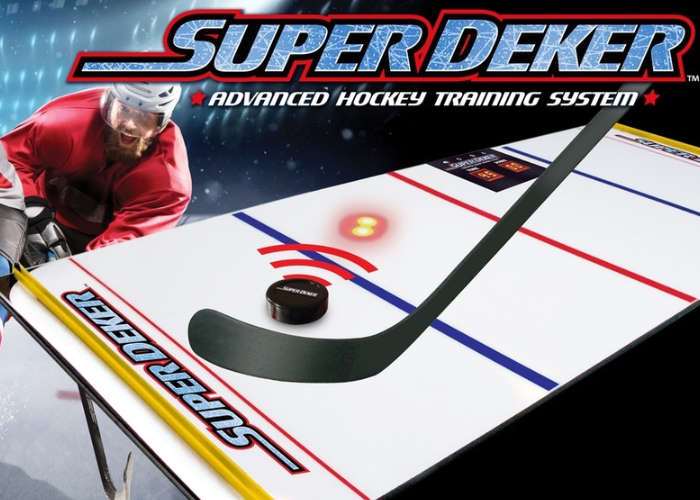 Hockey players looking for a way to improve their game while off the ice, may be interested in a new advanced hockey training system, created by Mark Simonds, Mark Weber and DiscoNifty called SuperDeker.

Watch the demonstration video below to learn more about the SuperDeker hockey training system which is now available to back via Kickstarter and has already been helped by over 226 backers.

It’s developers explain more about the inspiration design and technology incorporated into the hockey training system.

Super Deker has been 5 years in the making. It’s been a labour of love for both of us and we’re very proud to finally have the product we dreamed of when we first sketched out the idea on a napkin. We had no idea what we were getting ourselves into but we’re glad we kept pushing!

There are 3 different modes for training. Just press the ‘select’ button to cycle through the different modes. Hot Shot Mode is for serious hockey players only. Seriously. We’re not just saying that.

SuperDeker is now available to back via Kickstarter with early bird pledges starting from just $149 and delivery expected to take place during November 2017. For full specifications and more information jump over to the official Kickstarter campaign page via the link below.