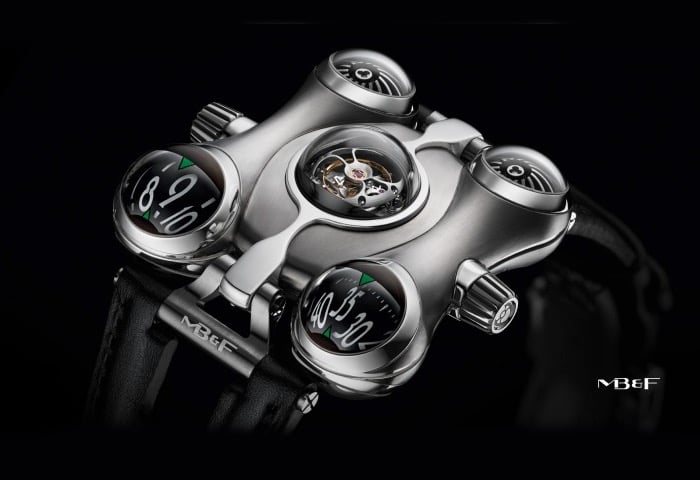 If you are looking for a very unique and original wristwatch then the HM6 Space Pirate watch might be the perfect timekeeper for you and is now available in a limited edition run of 50 units each priced at $230,000.

The Horological Machine No.6 (HM6) “Space Pirate” watch is based on Captain Future’s spaceship from the 1970s cartoon and has been constructed using 475 individual components with 80 of those being used to construct the case alone. 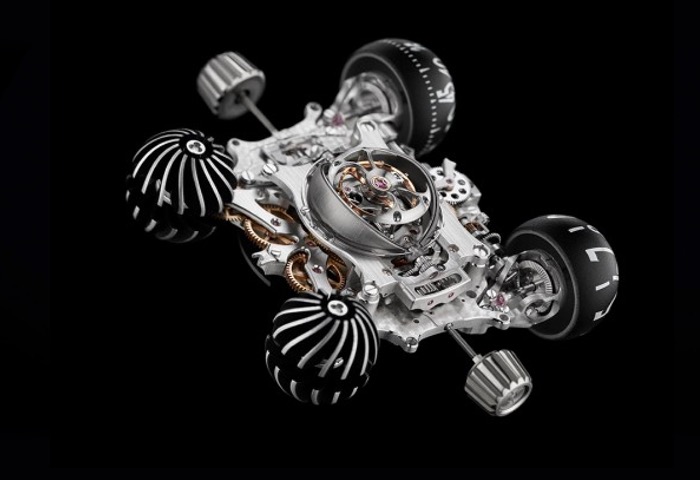 The very unique HM6 Space Pirate watch has been created thanks to over three year’s of development by MB&F with David Candaux Horlogerie Créative. The construction of the watch includes a HM6 is a 68-jewel movement with a 60-second flying Tourbillon that is positioned behind a retractable semi-spherical metal shield that can be controlled and lifted by turning the crown on the left.

“Introducing Horological Machine No.6 Space Pirate by MB&F. With its biomorphic curves, animated spheres, ‘winking’ eye and beating heart, HM6 is our most organic machine to date. Space is an extremely hostile environment. To survive you need protection against powerful accelerations, dangerous thermonuclear radiation, extreme temperature fluctuations and constant risk of unexpected collisions. 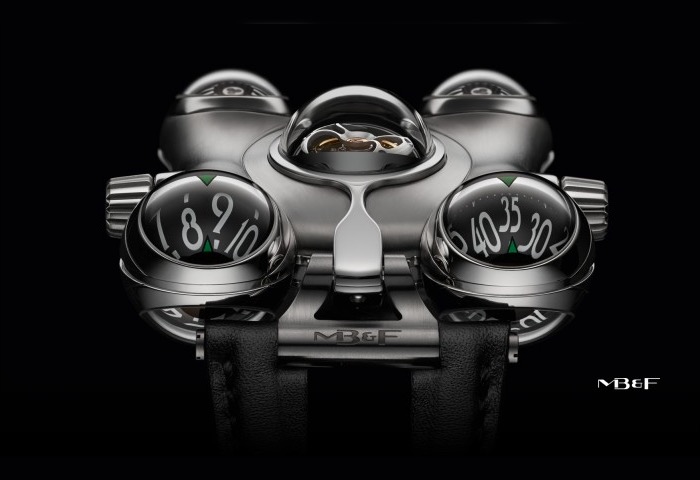 Horological Machine No.6 (HM6) Space Pirate has been designed to operate in the hostile environment of space: the space on your wrist. In each of the four corners of HM6’s biomorphic case is a 360° sphere, capped top and bottom by transparent sapphire crystal domes. Up forward, two semi-spherical indications rotate vertically (90° to the Engine), respectively displaying hours and minutes in large, highly legible numerals. 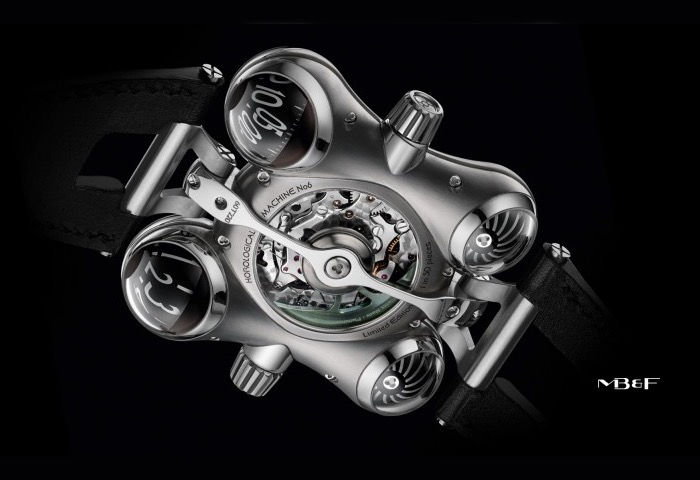 Aft, driven by the automatic winding rotor, twin spherical turbines spin, automatically regulating the winding system to reduce stress and wear. The central dome on top houses a 60-second flying tourbillon under a ‘winking’ eye-like retractable cover. The sapphire crystal display portal on the back reveals some of the 475 beautifully hand-finished components making up the highly complex engine.”

For more information on the new HM6 Space Pirate jump over to the MB&F website for more details.