Hitachi have this week launched a new storage solution for multiple devices that allows can wireless streams up to five movies at once, while also providing shared Wi-Fi  Internet acces.

The Hitachi G-Connect can provide up to five standard or three HD video streams at one time and is equipped with 500GB of storage for your media files and movies. It also comes supporting iOS devices and apps for the iPad and iPhone enabling connectivity to iOS devices and Apple TV via AirPlay. Its also Mac OS X compatible and can be used with Time Machine.

Android apps for the Hitachi G-Connect are currently under development and will be released later this year. 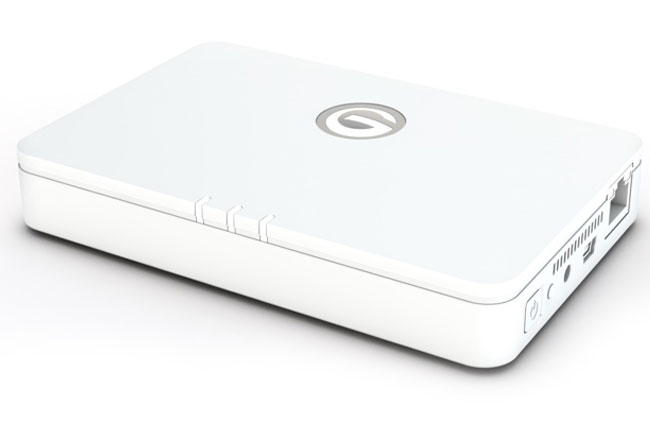 Another great feature of the Hitachi G-Connect is its ability to be powered by a number of different methods from AC adapter, or car adapter or even the iPad adapter.

The Hitachi G-Connect wireless router and storage solution will be arriving  for  $199.99 MSRP (500GB). It will be available in the U.S in July