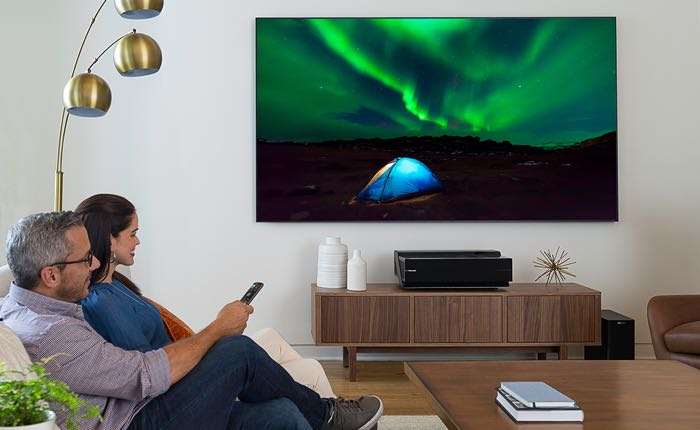 Hisense has announced the launch of their latest big screen TV, a 100 inch 4K Laser TV that will set you back $9,999.

The Hisense 100 Inch 4K Laser TV features an ultra slim 100 inch passive projection display that is designed to be mounted on the wall. It also comes with a short screen protector that project 8 million pixels on the display.

According to Hisense the display will work in any lighting conditions, the projector has a laser light source of 3,000 lumens that will apparently last for 20,000 hours.

With incredible laser technology, 4k Ultra HD resolution and 4K upscaling, the Hisense Laser TV is the TV you’ve been waiting for. Add harman/kardon® sound, a TV tuner, WIFI and tons of built-in apps, and the Hisense Laser TV is unapologetically amazing at an unbeatable value. In short, it makes all other TVs look like prima donnas.

You can find out more details about the Hisense Launches 100 Inch 4K Laser TV over at Hisense at the link below, It is available to buy now for $9,999 and will start shipping in November.