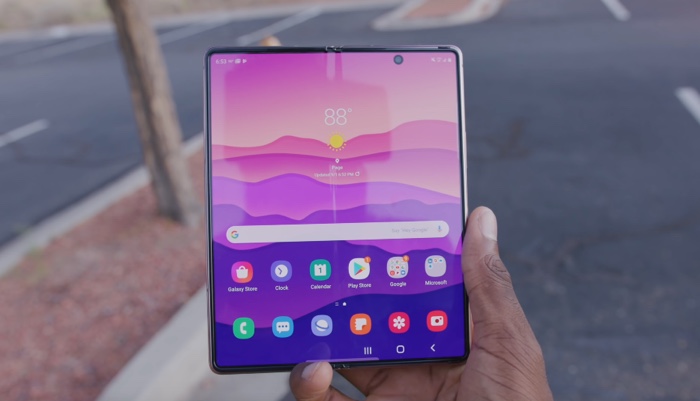 The new Samsung Galaxy Z Fold 2 was made fully official earlier this week, we previously got to see an unboxing video of the handset from Unbox Therapy and now we have a new video from Marques Brownlee.

In the video we get to have a good look at the design and also some of the features on the new Samsung Galaxy Z Fold 2 smartphone.

As we can see from the video the design of the device has changed over the first generation Galaxy Fold, it features a more polished design.

The display on this new folding smartphone is made from  Ultra Thin Glass instead of Plastic Glass on the first generation handset. It also comes with a Snapdragon 865+ processor 12GB of RAM and a choice of 256GB or 512GB of storage.