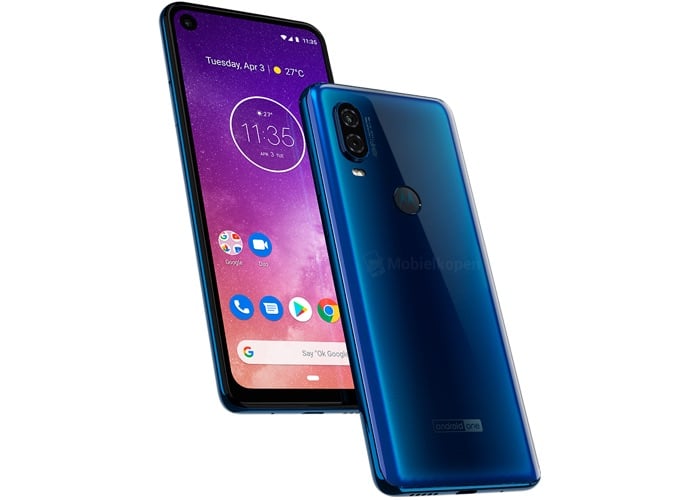 Back in March we saw a press render of the new Motorola One Vision smartphone and now another one has been leaked.

This new press render shows a new blue color option for the One Vision smartphone, the handset will come with a 6.2 inch display that will feature an aspect ration of 12:9 and a Full HD+ resolution.

The handset will be powered by a Samsung Exynos 9610 processor and it will come with a choice of 3GB or 4GB of RAM.

Storage will be a choice of 32GB, 64GB or 128GB and the device will also feature a 3500 mAh battery, the handset will come wiuth Android One. Motorola will apparently make the device official at a press evebt in Brazil on the 15th of May.