When cars are big parts in a movie there are multiple version of that car for different scenes. Some of the cars will be fancy inside and out for close-ups. Others will be gutted and ratty on the inside with a nice outside to be used in far away scenes and stunt work. One of the stunt cars from the Disney flick “Herbie Goes to Monte Carlo” has sold at auction. 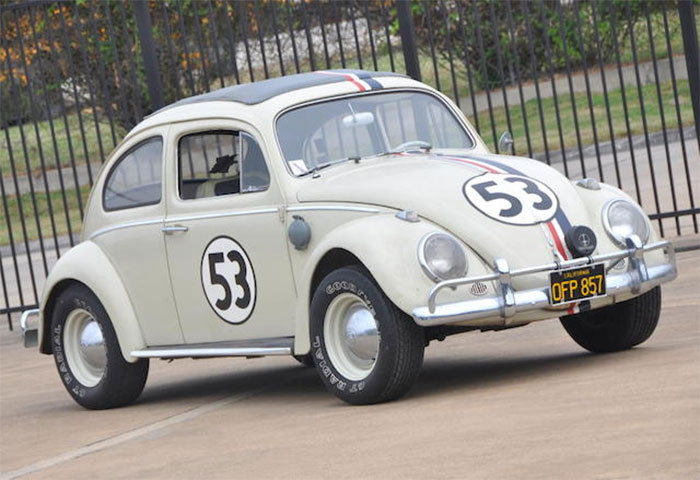 This particular stunt car was used in the scenes where Herbie drives without a person behind the wheel. Inside the car is a bunch of pullies and cables that connect to another steering column under the front seat. The contraption allowed the driver to hide in the back seat where he couldn’t be seen.

The car isn’t street legal, but it would be awesome at a parade or car show. The little car is a 1963 VW Beetle chassis number 5156863. It sold at Bonhams earlier this week for $86,250 including the auction premium. Along with the car also came original paperwork showing Disney owned the car at one time. The Herbie films were some of the first car focused movies that many kids were exposed to growing up.