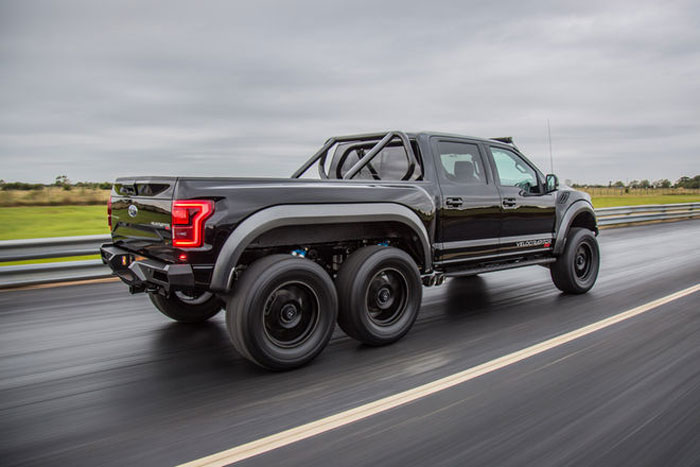 During SEMA 2017 in Las Vegas one of the sweet rides that tuner Hennessey unveiled was a much-modified Ford Raptor. That truck is called the Hennessey Velociraptor 6x6 and it rings in at a whopping $349,000. When the truck was originally unveiled there were only stock photos.

This time out we get to see the truck in action on video and we get some performance numbers. Despite having two rear axles and lots of off-road heavy-duty suspension, wheels, and tires, the truck is fast. Hennessey says that the truck will reach 60 mph in 4.9 seconds.

Hennessey also promises that the VelociRaptor 6x6 has improved performance in mud and sand. The engine is a 3.5L EcoBoost V6 with 600hp thanks to more boost and other modes. Hennessey will build 50 of the 6x6 trucks for the US and 50 for overseas buyers.