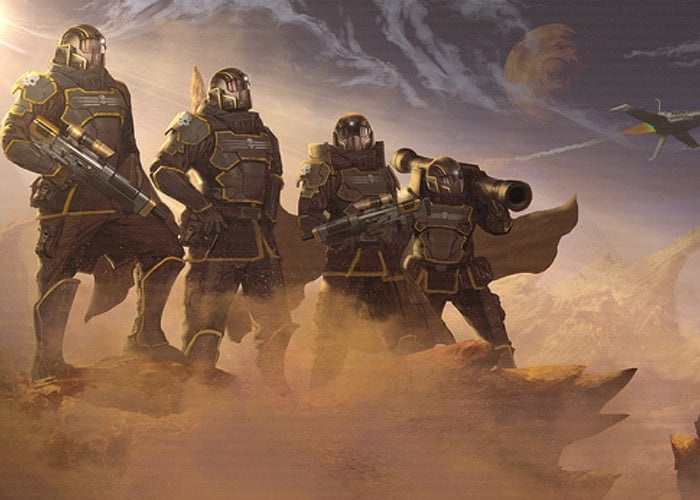 PlayStation gamers looking forward to the launch of the new Helldivers game that will be available to play on the next-generation PlayStation 4, although PlayStation 3 and handheld PS Vita.

Will be pleased to know that the Helldivers launch date has now been set for March 3, 2015, Bringing with it a hard-core co-operative twin stick shooter from the creators of Magika, Arrowhead Game Studios.

The games developers have created a procedurally generated universe where the community must fight three different enemy species to ensure the survival of fictional Super Earth. Within Helldivers gameplay takes place on one of several procedurally-generated open world missions where players must accomplish a series of objectives.

“Helldivers is a top-down squad shooter set in a dystopian future where mankind is ruled by a managed democracy. As part of the elite unit called the Helldivers, players must work together to protect Super Earth and defeat the enemies of mankind in an intense intergalactic war.”

For more information on the new Helldivers game jump over to the official website for details via the link below.