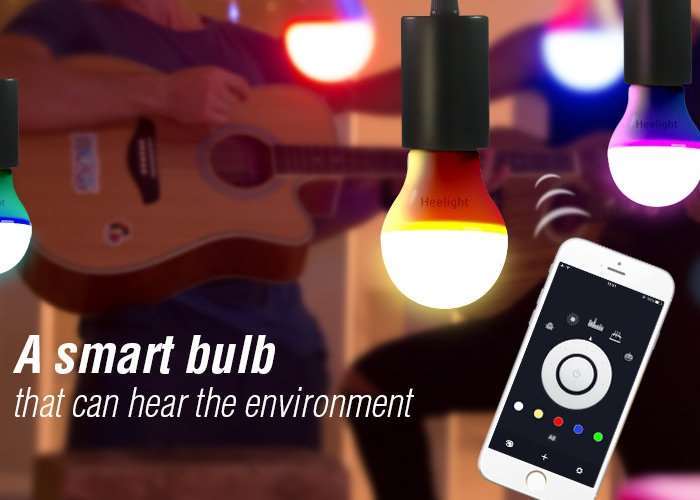 MicroNovelty has designed a new smart bulb called the called the Heelight, which the development team have launched by Kickstarter this week to raise the $20,000 required to take the concept into production.

Pledges are available from $59 for earlybird backers offering a considerable 50% saving of the recommended retail price and offering three Heelight smart bulbs which would normally retail for $117 or $39 each.

Watch the demonstration video below to learn more about the unique Heelight smart bulb which can respond to various sounds in its close environment as well as offering support for connections via Bluetooth, Wi-Fi or ZigBee gateway. The developers of Heelight explain more about its design and features:

Heelight, the world’s most intelligent bulb that can hear the environment through a digital sound control. Its got 16 million RGB colors that can be used and adjusted according to your preferences. Heelight doesn’t just change by the variation of rhythm, she can feel your body movement and start changing the light. Fast or slow, intense or relaxed, Heelight knows you and enjoy the music together with you.

Let’s say you are having an awesome birthday party or you are on a special occasion, Heelight is perfectly good and convenient to be used as candle！not just that! Heelight is concerned about your kid’s safety in case they blow real candles. Turn her to candle mode on your phone.She will switch off after you blow it for 1 to 1.5 seconds, and light up again after three to four seconds. Heelight is the only one in the world’s light family who turns off after you blow it like a candle.

Jumper with Kickstarter for a full list of all available pledges and specifications via the link below.