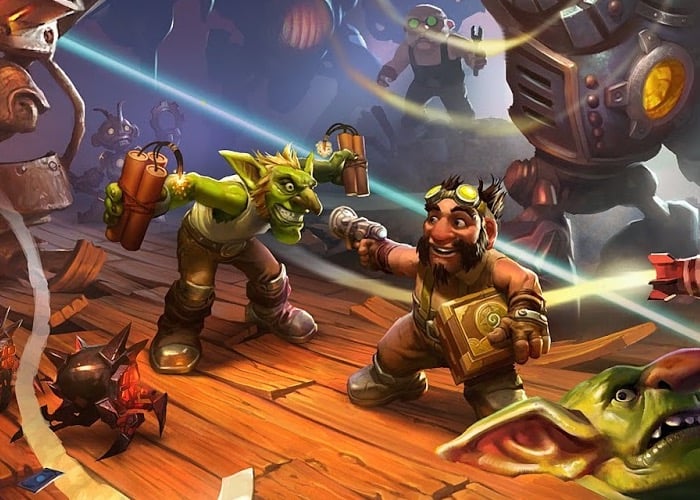 Blizzard has today announced that the very first expansion pack for their Hearthstone digital card game, in the form of Goblins vs Gnomes will be launching on Windows, Mac and iPad devices throughout the US next week on Monday, December 8th 2014.

The Hearthstone Goblins vs. Gnomes expansion will also be rolling out to Europe, Korea, Taiwan and China the day after on December 9th 2014.

The new Hearthstone Goblins vs Gnomes expansion pack brings with it 120 new cards for gamers to enjoy. That can be purchased in packs, crafted or won via the Arena runs, just as current cards within the game can be obtained.

Blizzard also announced that it will soon be rolling out some balance changes throughout the game which are expected to be implemented alongside the launch of the new expansion pack. For more information on the new Hearthstone Goblins vs Gnomes expansion pack jump over to the official Blizzard website for details.

“Get in on all the explosive action with Hearthstone’s first expansion: Goblins vs Gnomes! Mechanical contraptions are ready to be installed into your Hearthstone collection. Perfect your decks … by adding more mechs! “