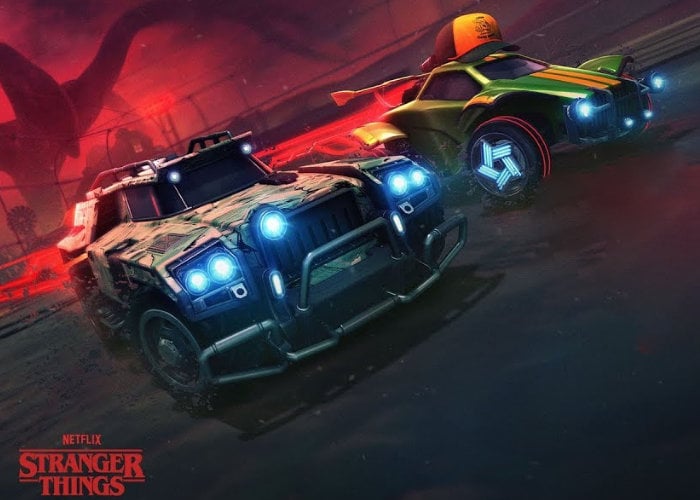 Rocket League will be holding a new Halloween event soon which will include a tie-in with the awesome Netflix Stranger Things TV series. The event will commence on Monday, October 14th, 2019 and will allow players to battle it out on the pitch to earn Candy Corn, which can be used in the seasonal store to unlock autumn-inspired items. check out the announcement trailer below to learn more about what you can expect from the Haunted Hallows Rocket League Halloween event.

“Rocket League is entering The Upside Down, and things have gotten … stranger. Netflix’s award-winning show, Stranger Things, has invaded this year’s Haunted Hallows! Play Online Matches and earn Candy Corn to unlock top-secret items created by the Hawkins National Laboratory for your Battle-Cars. There are also some spooky and autumn-inspired items to check out!”

The Haunted Hallows event will continue until November 11th, 2019.