Hasbro has now officially launched their new MY3D viewer for Apple’s iPhone and iPod Touch which we wrote about last November. The MY3D device simply snaps onto your iOS device and uses specially-formatted MY3D apps available from the iTunes App Store.

The MY3D viewer lets you immerse yourself in a 360 degree environment, allowing you to look up, down and even directly behind you. For example, in MY3D 360° Sharks, you are a diver in an underwater shark cage and can look and follow the sharks as they swim around you 360 degrees. There are both games to play and environments to view on the new MY3D device. 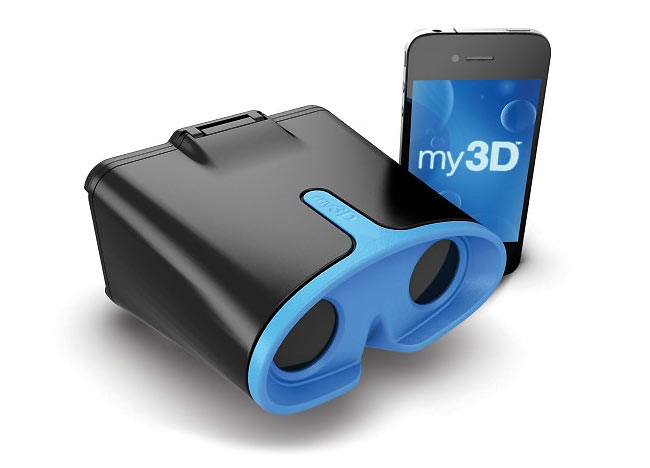 The Hasbro MY3D iOS viewer provides two access openings to allow users to interact with the display of their iPhone or iPod, and comes supplied with four different cradles to fit a user’s specific model of iPhone or iPod touch.

The MY3D viewer will be available in either black or white for around $34.99 for videos of the games and application jump over to the Hasbro website.