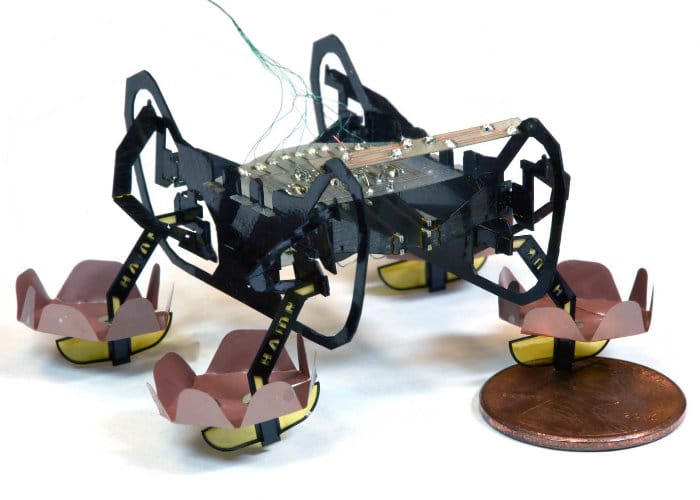 Researchers at Harvard have created a new mini robot in the form of the Ambulatory Microrobot, also known as the HAMR. Watch the demonstration video below to learn more about this tiny robot that is capable of walking on land swimming on the surface of the water and even walking underwater for as long as necessary.

“Moving on the surface of water allows a microrobot to evade submerged obstacles and reduces drag. Using four pairs of asymmetric flaps and custom designed swimming gaits, HAMR robo-paddles on the water surface to swim. Exploiting the unsteady interaction between the robot’s passive flaps and the surrounding water, the robot generates swimming gaits similar to that of a diving beetle. This allows the robot to effectively swim forward and turn.”

For more information on the Ambulatory Microrobot HAMR mini robot developed by researchers at Harvard jump over to the official Harvard website by following the link below.