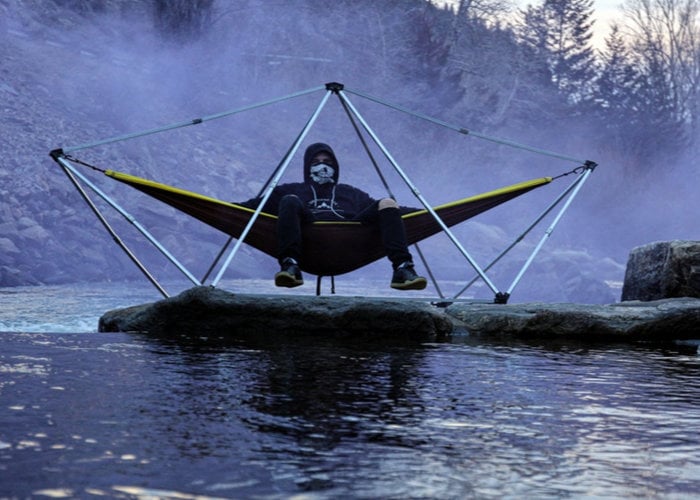 If you would like to position your hammock away from trees, you may be interested in a new portable hammock camping stand aptly named the Hang Solo. Watch the demonstration video below to learn more about the hammock stand created by Thunder Boxes based in Chicago. 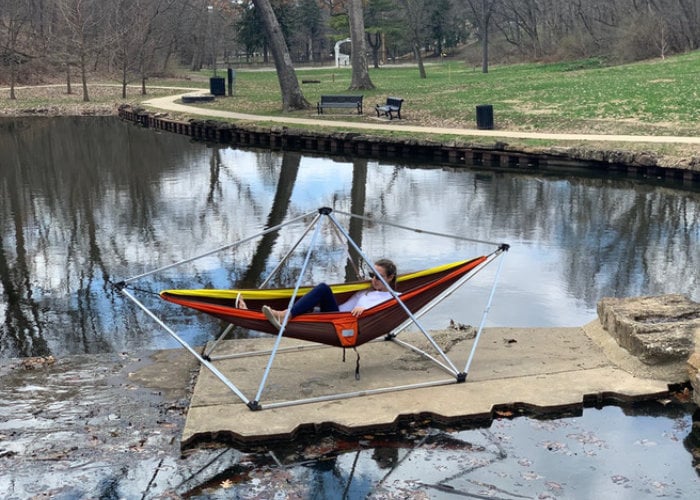 Pledges are now available to early bird backers from $165 or roughly £127 and shipping is expected to take place for really good pledges during May 2019. The portable hammock stand allows you to put your hammock in wide-open spaces when no fixings are available.

“Over at Thunder Domes, we have been manufacturing large geodesic domes made for supporting large groups of hammocks for over 2 years now. With the lack of trees at most campsites and festivals, we’ve always been asked if we made single-person hammock stands, so we decided to make one that even Buckminster Fuller would approve of.

With portability and simplicity in mind, our engineers went to work to try to design a minimalist hammock stand that could be taken anywhere easily. After a year of prototyping, we’ve finally manufactured and tested a hammock stand we’re proud of and are ready to share with the rest of the world.

We’re excited to share the first portable hammock stand designed to be used in conjunction with most hammock camping gear that’s readily available on the market. By providing a lightweight and durable frame, the Hang Solo is the ultimate hammock stand made to be taken anywhere.“